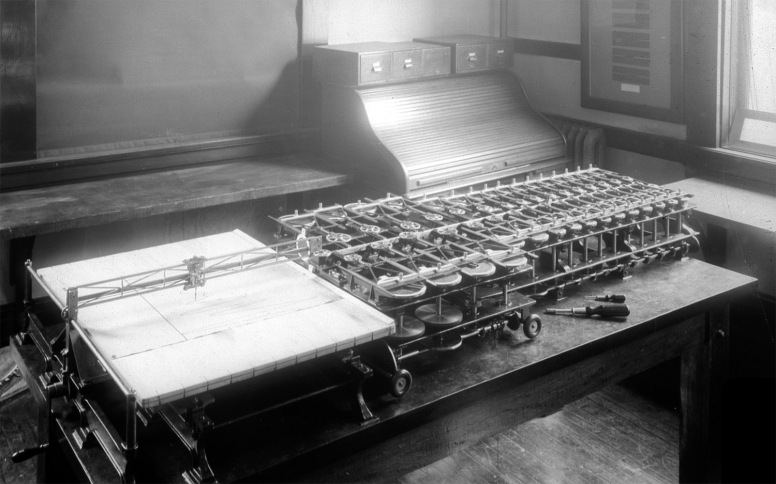 This device was designed and built in the laboratory and instrument shop of the Physics Dept. of the Case School of Applied Sciences.  It is built from Lord Kelvin’s harmonic synthesizer design of 1873.  This may be the world’s first additive synthesizer.  More information about the project is here:

Physics Dept. of the Case School of Applied Sciences The Harmonic Synthesizer was used was used by Dayton Miller to check the results produced by the harmonic analyzer against the original phonodeik curves. 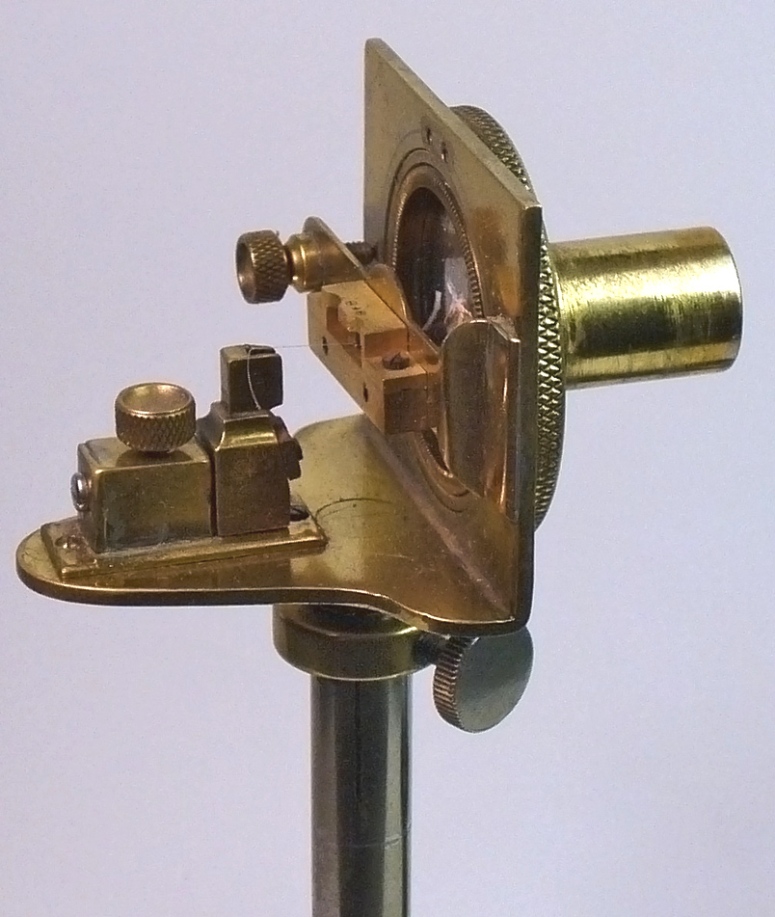 The phonodeik is an instrument designed by Dayton Miller. It allows one  to photographically record the shape of complex sound waves more precisely than previously possible. 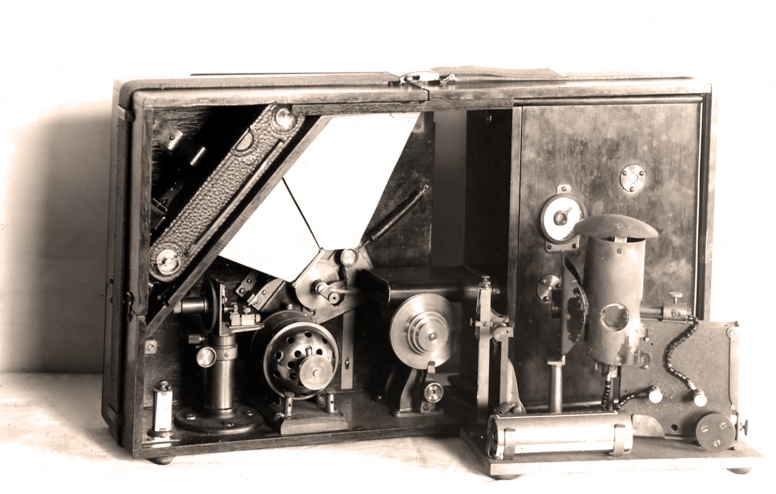 This all started with Lord Kelvin inventing an analog computer to predict tides. 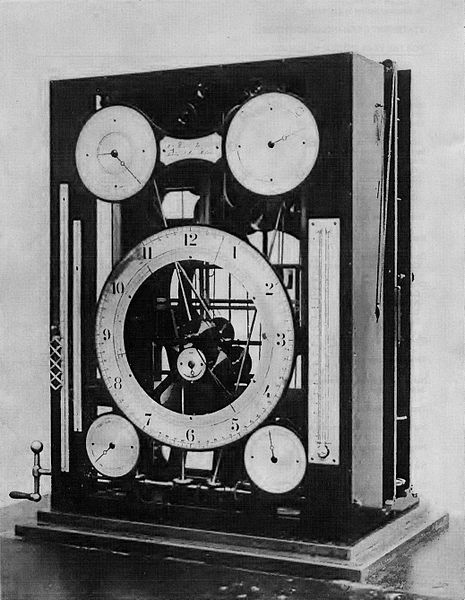 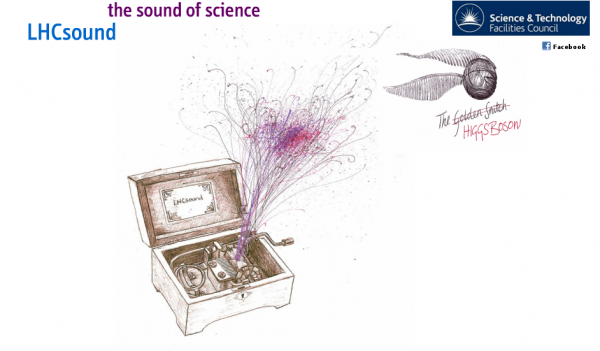 Listen To The Decay Of A “God Particle” 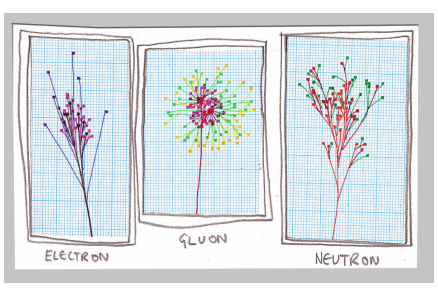 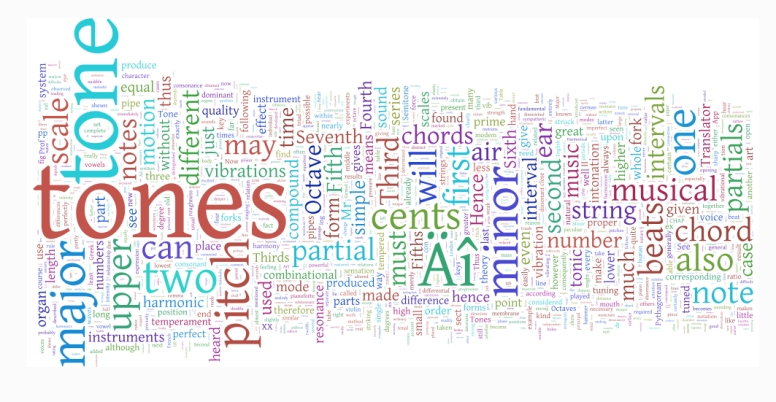 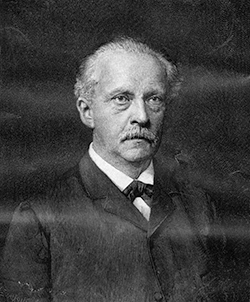 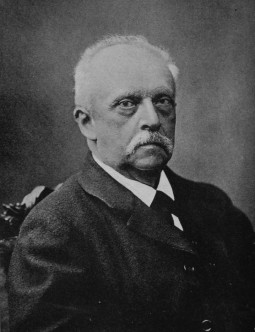 wiki:
“In 1863 Helmholtz published Die Lehre von den Tonempfindungen als physiologische Grundlage für die Theorie der Musik (On the Sensations of Tone as a Physiological Basis for the Theory of Music), once again demonstrating his interest in the physics of perception. This book influenced musicologists into the twentieth century.”

Some methods can levitate objects without creating sound heard by the human ear such as the one demonstrated at Otsuka Lab, while others produce some audible sound. There are many ways of creating this effect, from creating a wave underneath the object and reflecting it back to its source, to using an acrylic glass tank to create a large acoustic field.

There is no known limit to what acoustic levitation can lift given enough vibratory sound, but currently the maximum amount that can be lifted by this force is a few kilograms of matter. Acoustic levitators are used mostly in industry and for researchers of anti-gravity effects such as NASA; however some are commercially available to the public.

This is an acoustic levitation chamber that was designed and built in 1987 by Dr. David Deak, as a micro-gravity experiment for NASA related subject matter. The 12 inch cubed plexiglas Helmholtz Resonant Cavity has 3 speakers attached to the cube by aluminium acoustic waveguides. By applying a continuous resonant (600 hertz) sound wave, and by adjusting the amplitude and phase relationship amongst the 3 speakers; the ability to control levitation and movement in all 3 (x,y,z) axis of the ambient space is possible. This research was used to show the effects of micro-gravity conditions that exist in the space shuttle environment in orbit, but done here on Earth in a lab.” 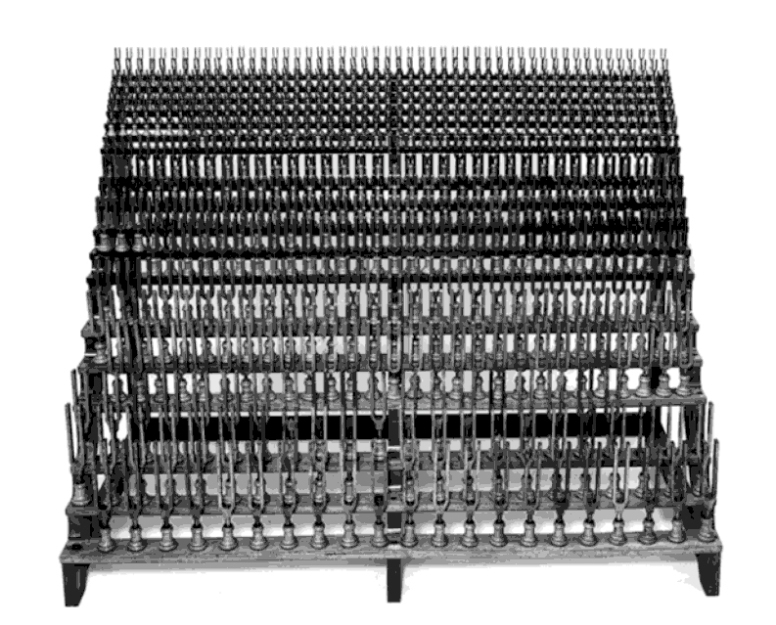 Visitors to the 1876 Philadelphia Centennial Exhibition marveled at the elements of sound in the form of Rudolph Koenig’s Grand Tonometre of over 692 tuning forks with 800 tones represented, ranging from 16 to 4096Hz.  Koenig had packaged these elements into orderly rows of individual tuning forks covering roughly the range of the piano.  The entire display reflected prevalent ways of organizing knowledge at the time….Perhaps, just as important to the audience at the Centennial  Exhibition, the tonometer was an instrument that displayed the high art of acoustic instrument manufacturing and precise tuning.

From Wiki:
Karl Rudolph Koenig (German: Rudolf Koenig; November 26, 1832 – October 2, 1901), known by himself and others as Rudolph Koenig, was a German physicist, chiefly concerned with acoustic phenomena.

Koenig was born in Königsberg (Province of Prussia), and studied at the University of Königsberg in his native town.

About 1852 he went to Paris, and became apprentice to the famous violin-maker, Jean Baptiste Vuillaume (1798-1875), and some six years later he started business on his own account. He called himself a “maker of musical instruments,” but the instrument for which his name is best known is the tuning fork. Koenig’s work speedily gained a high reputation among physicists for accuracy and general excellence. From this business Koenig derived his livelihood for the rest of his life. One of his last catalogs had 262 different items.

He was, however, very far from being a mere tradesman. Acoustical research was his real interest, and to that he devoted all the time and money he could spare from his business. An exhibit which he sent to the London Exhibition of 1862 gained a gold medal, and at the Philadelphia Exposition at 1876 great admiration was expressed for a tonometric apparatus of his manufacture. This consisted of about 670 tuning-forks, of as many different pitches, extending over four octaves, and it afforded a perfect means for testing, by enumeration of the beats, the number of vibrations producing any given note and for accurately tuning any musical instrument. An attempt was made to secure this apparatus for the University of Pennsylvania, and Koenig was induced to leave it behind him in America on the assurance that it would be purchased; but, ultimately, the money not being forthcoming, the arrangement fell through, to his great disappointment.

Some of the forks he disposed of to the University of Toronto and the remainder he used as a nucleus for the construction of a still more elaborate tonometer. While the range of the old apparatus was only between 128 and 4096 Hz, the lowest fork of the new one vibrated at only 16 Hz, while the highest gave a sound too high to be perceptible to the human ear.

Koenig’s manometric flame apparatus (1862), used to visualize sound waves. Air pressure from an acoustic phone altered the flame provided by a Bunsen gas flame, which was amplified by a rotating mirror and recorded

Koenig will also be remembered as the inventor and constructor of many other beautiful pieces of apparatus for the investigation of acoustical problems, among which may be mentioned his wave-sirens, the first of which was shown at Philadelphia in 1876. His original work dealt, among other things, with Wheatstone’s sound-figures, the characteristic notes of the different vowels, a manometric flame apparatus, a vibration microscope, among others; but perhaps the most important of his researches are those devoted to the phenomena produced by the interference of two tones, in which he disputed the views of Helmholtz as to the existence of summation and difference tones.

Ring Modulators have been around a long time and were very popular on the earliest of synthesizers.  Still popular today, the number of users has grown to include guitar players and others looking for a unique sound. A Ring Modulator needs 2 inputs to produce any output but on most units there is a internal oscillator that will function as one of the inputs. The internal oscillator is usually referred to as the “carrier” and many times can be voltage-controlled from an external source. The ring modulator produces sum and difference frequencies between the interaction of the carrier oscillator and the audio input signal. So if the carrier frequency is 1000 Hz (Cycles per Second) and the audio input frequency is 800 Hz, the Ring Modulator’s output will be 1800 Hz and 200Hz. Depending on the make and model of the Ring Modulator you should not hear the carrier oscillator or the input audio waveform, although in real world use, you may hear some leakage through the unit. Many models will also have a internal Low Frequency Oscillator (LFO) tied into the carrier, this LFO will modulate or change the frequency of the carrier to expand the range of Ring Modulator effects even more. The LFO is used to create slow effects like tremelo or vibrato and may have the choice of several waveforms such as sine, triangle or square wave. Also the LFO should have an “amount” or “drive” control that allows the user to select exactly how much of the LFO effect should be applied to the carrier. Typical frequency range of an LFO may be .1 Hz to 30 Hz. The carrier oscillator may range as low as 1Hz to a high of 3 to 7KHz.

Helmholtz has an entire chapter on the sum and different frequencies in his landmark work, “On The Sensations of Tone”, here is a small excerpt:

“It is the occurrence of Combinational Tones, which were first discovered in 1745 by Sorge, a German organist, and were afterwards generally known, although their pitch was often wrongly assigned, through the Italian violinist Tartini (1754), from whom they are often called Tartini’s tones.”

So it was Helmholtz himself that discovered the sum component of the combinational tones.

Here is a chart from his book that describes combinational tones that are generated from various inputs.

We can use this chart, constructed over 100 years ago to, calculate the output of a Ring Modulator if certain musical ratios are presented to the X and the Y inputs of the modulator. The first interval listed is the octave, but that ratio may not give a very interesting output. So lets try the next interval listed, the Fifth. With the Fifth’s natural frequency ratio of 2:3, the output will have a fundamental frequency that is one octave lower than the lower of the two inputs. This should not sound like the typical output of a Ring Modulator and may be more musically useful to some composers.

This is an example of a vocal sample and sine wave input.  To try to make some valid comparisons of the various sounds, I played a simple C scale for all examples.

Ring Modulation of Basic Waveforms with Doepfer A114 Ring Mod;

In the present work an attempt will be made to connect the boundaries of two sciences, which, although drawn towards each other by many natural affinities, have hitherto remained practically distinct—I mean the boundaries of physical and physiological acoustics on the one side, and of musical science and esthetics on the other. . The class of readers addressed will, consequently, have had very different cultivation, and will be affected by very different interests. It will therefore not be superfluous for the author at the outset distinctly to state his intention in undertaking the work, and the aim he has sought to attain. The horizons of physics, philosophy, and art have of late been too widely separated, and, as a consequence, the language, the methods, and the aims of any one of these studies present a certain amount of difficulty for the student of any other U of them ; and possibly this is the principal cause why the problem here undertaken has not been long ago more thoroughly considered and advanced towards its solution.

Go Here To Download The Complete Book In PDF Format