“Drumbot is the next best thing to a real drummer. Full song loops and tons of grooves.

Designed specifically for non-drummers for use as backing tracks during song composition.

We’ve partnered with real drummers, (can you think of a better beat maker?) who’ve created entire songs, from intro to outro, then organized everything to help you discover that perfect groove.

Each of the hand-crafted “songs” consists of a collection of loops (loop set) that all run at the same BPM and are all inter-related.

You can organize these basic building blocks into a unique arrangement that suits your needs.” 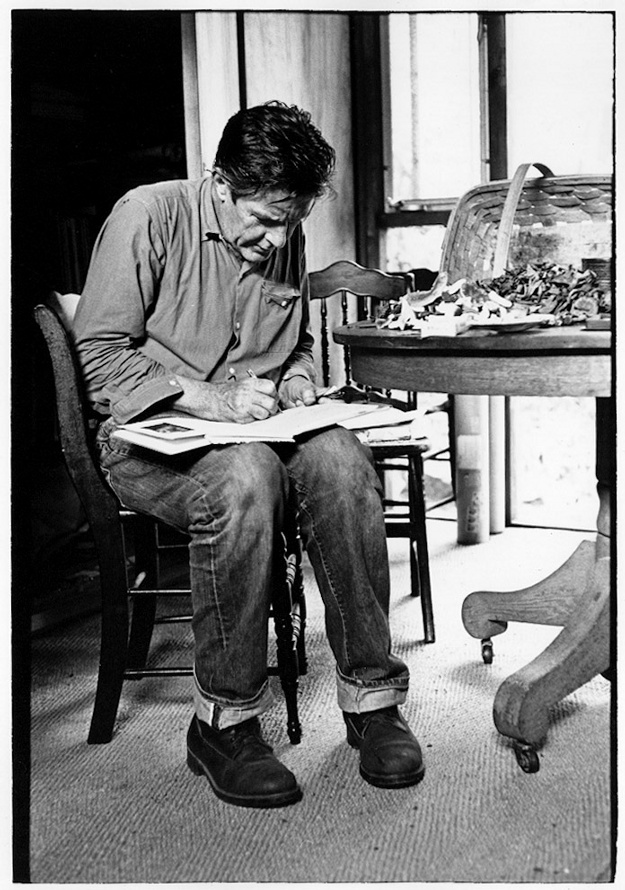 Photo From The Excellent “William Gedney Photographs and Writings”

From Wiki:In 1930, the avant-garde American composer and musical theorist Henry Cowell commissioned Russian inventor Léon Theremin to create the remarkably innovative Rhythmicon. Cowell wanted an instrument with which to play compositions involving multiple rhythmic patterns impossible for one person to perform simultaneously on acoustic keyboard or percussion instruments. The invention, completed by Theremin in 1931, can produce up to sixteen different rhythms—a periodic base rhythm on a selected fundamental pitch and fifteen progressively more rapid rhythms, each associated with one of the ascending notes of the fundamental pitch’s overtone series. Like the overtone series itself, the rhythms follow an arithmetic progression, so that for every single beat of the fundamental, the first overtone (if played) beats twice, the second overtone beats three times, and so forth. Using the device’s keyboard, each of the sixteen rhythms can be produced individually or in any combination. A seventeenth key permits optional syncopation. The instrument produces its percussion-like sound using a system, proposed by Cowell, that involves light being passed through radially indexed holes in a series of spinning ‘cogwheel’ discs before arriving at electric photoreceptors.

Press Here:  To Listen To The Actual Sounds Of The Rhythmicon As Mentioned Below

In the course of research for an article published in Organized Sound, Margaret Schedel recorded the rhythmicon housed in the Smithsonian. The sound is surprisingly percussive, almost drum-like. The pitch is unclear in the recording she sent me and she, too, remarked on this fact. The samples have been used in John P. Young’s work, “Ars Algorhythmica,” a piece for didgeridoo and electronics performed at the SEAMUS 2005 conference in Muncie, Indiana.