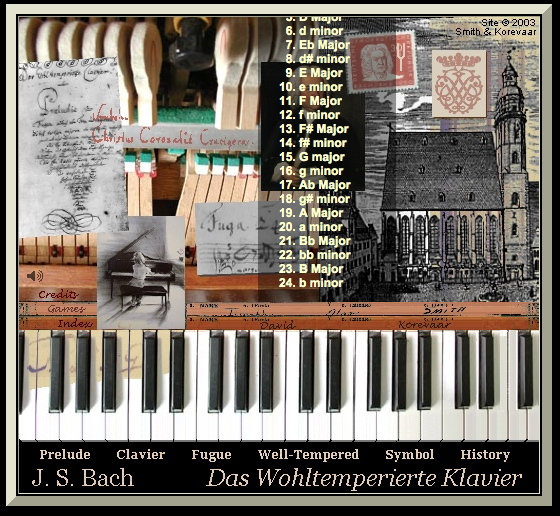 The Well-Tempered Clavier (Das Wohltemperierte Klavier in the original German), BWV 846–893, is a collection of solo keyboard music composed by Johann Sebastian Bach. He first gave the title to a book of preludes and fugues in all 24 major and minor keys, dated 1722, composed “for the profit and use of musical youth desirous of learning, and especially for the pastime of those already skilled in this study.” Bach later compiled a second book of the same kind, dated 1742, but titled it only “Twenty-four Preludes and Fugues.” The two works are now usually considered to comprise the Well-Tempered Clavier and are referred to respectively as Books I and II. The Well-Tempered Clavier is generally regarded as one of the most influential works in the history of Western classical music.”