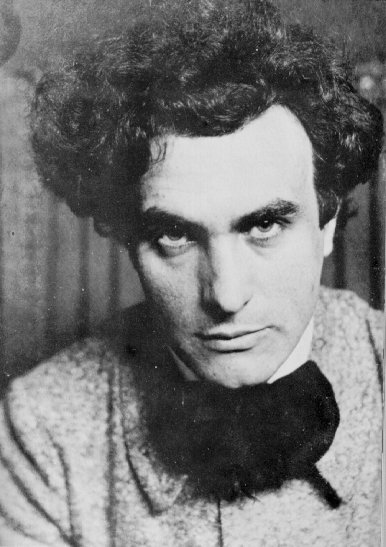 Wiki:
“Edgard Victor Achille Charles Varèse, whose name was also spelled Edgar Varèse (December 22, 1883 – November 6, 1965), was an innovative French-born composer who spent the greater part of his career in the United States.

Varèse’s music features an emphasis on timbre and rhythm. He was the inventor of the term “organized sound”, a phrase meaning that certain timbres and rhythms can be grouped together, sublimating into a whole new definition of music. Although his complete surviving works only last about three hours, he has been recognised as an influence by several major composers of the late 20th century. His use of new instruments and electronic resources led to his being known as the “Father of Electronic Music” while Henry Miller described him as “The stratospheric Colossus of Sound”.

From wfmu.org (Beware Of The Blog)

“Today’s post is something I stumbled upon in the dark and dusty corners of the Internet, a tape recording of composer Edgar Varèse conducting a workshop of Jazz musicians in the year 1957. Here is the original announcement of the MP3 release of these tapes.

It might be the first free jazz recording (totally unissued) of History of Music. Varèse might have influenced jazzmen or was he only aware of what was happening on the jazz scene? No matter of the answer, it’s a bomb, as this music is 3 years earlier than Free Jazz by Ornette Coleman! We also know Charlie Parker wanted to study with Varèse in autumn 1954 but the composer flew to Europe to conduct Déserts. When he came back to New York in May 1955, Parker had already died. We also know that Varèse used to listen to John Coltrane at the Village.

Between March and August 1957, these Sunday jam-sessions were followed by arranger George Handy, journalist Robert Reisner, composers James Tenney, Earle Brown and John Cage, choreographer Merce Cunningham. The organizers were Earle Brown and Teo Macero who will become Miles Davis‘ producer among others. Varèse used certain extracts of the workshop for his Poème électronique.

The original of this tape is at Fondation Paul Sacher.

“Please excuse the crappy audio quality, it is the best we have.”