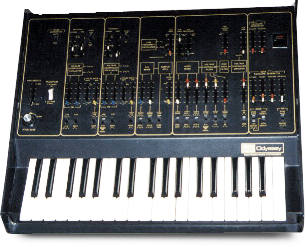 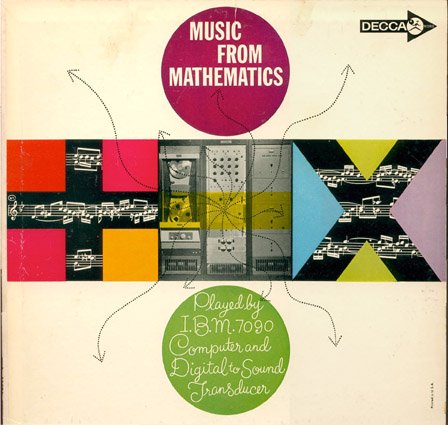 UbuWeb: Link Here: Music From Mathematics
“Music From Mathematics” was an album of early electronic music, programmed by the boffins (very likely in authentic period white coats and glasses) at Bell Laboratories way back in the early 1960s, using the then-new IBM 7090 computer and an “electronic to sound transducer”. The music on the album, about half of which is included here, is a mixture of strange, other-worldly blips, rushing white noise, tootly reworkings of classical pieces and a marvellous period “singing computer” version of “A Bicycle Made For Two” (already featured on the 365 Days Project, #62, and so not included again). Full marks to Decca Records for releasing the record – remember that in 1962, these alien sounds would have been totally new, and suitably space-age in their sound.

It’s also interesting to think about the computer technology used to create the record, especially when viewed from forty years on. A little web research revealrs that the IBM 7090 series was the company’s first commercial solid-state (transistorised) computer, its predecessor the 700 series having been based around vacuum tube technology (imagine running a tube-based computer! fantastic!). The new system was of course a huge piece of machinery, requiring its own air-conditioned computer room and a team of technicians to operate it. It had a whole 32KB of core store memory, I/O would usually have been through punched cards or paper tape (no display screen, of course) and yes, it featured lots of suitably impressive flashing lights and whirring tape drives too – see the film “Dr Strangelove” and admire the same technology in action.” 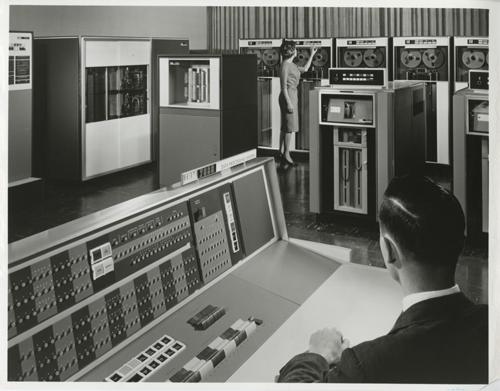