“A convolution reverb is a plugin for sound editors like Digital Performer, ProTools, Logic and Cubase VST. It is a room simulator and it works with samples from real acoustic spaces. These spaces are ‘captured’ using a special sweep tone played by a speaker and recorded by microphones in the actual space, or by firing an alarm pistol and recording that with microphones. A convolution reverb adds the same sound to any sound that it is used on as what the room did to the gunshot or sweep. This sample is called an impulse response, in short: IR.” 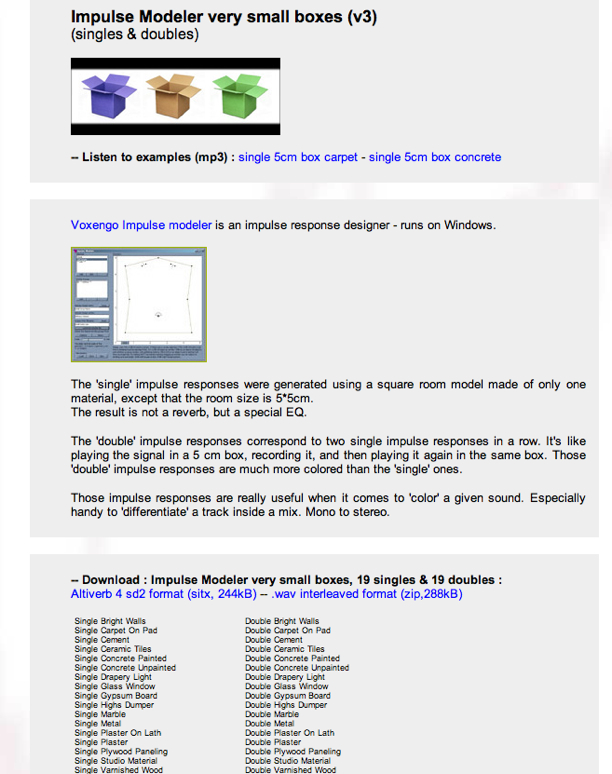 More Impulse Responses At This Site